France is a country very popular for its food and boasts of having the most Michelin starred restaurants, today am going to be telling you about the very best foods to eat in France

These foods are sure to leave you with hunger as you read, as they are both visually and mentally appealing.

Oh, the humble baguette, it is definitely one of the best foods to eat in France. It is a beautiful piece of French culture! This long loaf of bread has been made in France for centuries, yet the word itself is said to have only been used since 1920. 100 years later, it is still going strong, and we saw plenty of locals piling into their neighbourhood boulangerie to collect a warm loaf of this iconic bread. 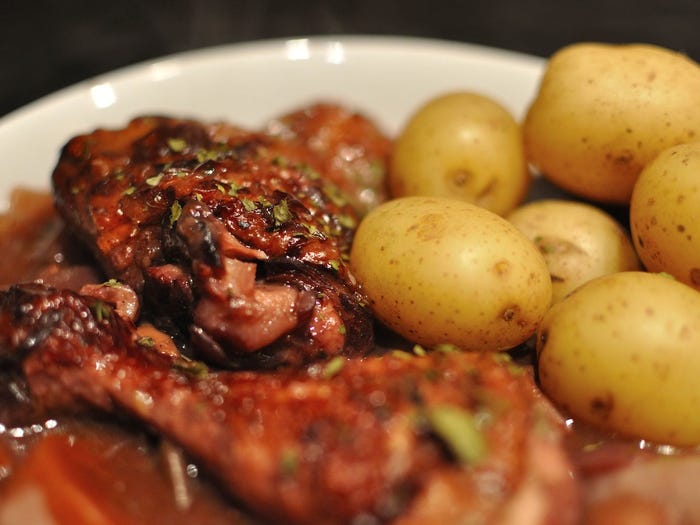 Literally, Translating to “rooster in wine” in English, the coq au vin is a simple French stew that is easy to master and even easier to enjoy. Chefs braise chicken in copious amounts of red wine and add spices, shallots, caramelized onions, and sautéed mushrooms and garlic. After tasting it, you will agree it is one of the best foods to eat in France.

France is a bread and pastry lover’s dream come true. I was never the biggest fan of macarons, as most of the ones I have tried have been underwhelming. However, trying out this food is sure to change your mind.

There are plenty of speciality macaron shops around Paris, each one more cute and colourful than the next! The flavours on offer are incredible– from classics like salted caramel to modern combinations like rosewater and raspberry.

I realized the appeal of the macaron is its perfection — when done well these tiny bites are beautiful and pack a serious punch of flavour. They are a luxurious little bite, and perfectly representative of Paris and truly deserves a place on the list of best foods to eat in France. 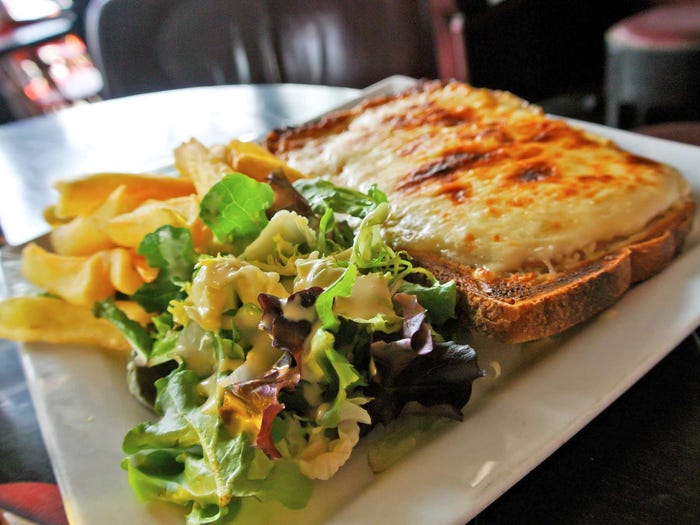 Although it seems like nothing more than a simple sandwich, the buttery, cheesy taste of a Croque monsieur is deliciously unique. Chefs stack ham, Gruyère cheese, and mustard between two thick pieces of buttered toast; the addition of an egg on top transforms the dish into a Croque madam and earns it a place on the list of best foods to eat in France. 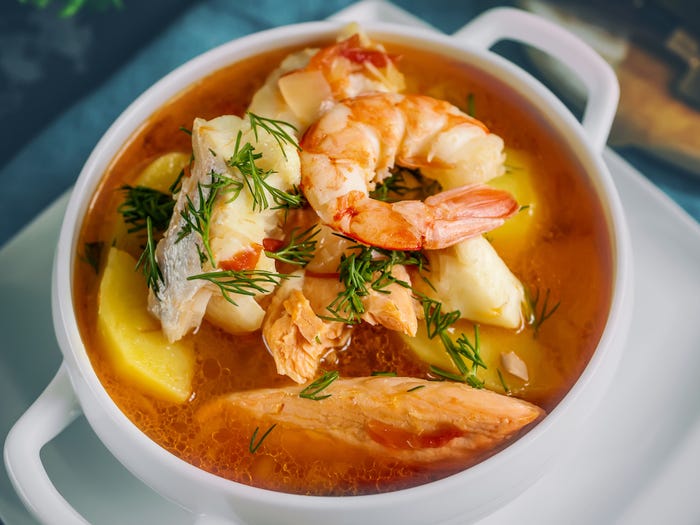 Bouillabaisse is a seafood dish with roots in Marseille, a seaside city in the south of France. It combines clams, lobster, and various types of fish stewed in broth with potatoes, leeks, onions, and spices, all served atop a toasted slice of a baguette. 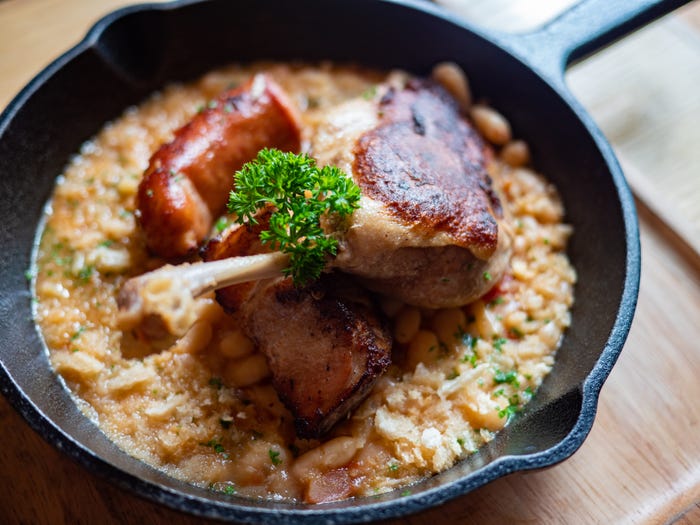 This is A Toulousain dish, cassoulet is a slow-cooked casserole made with various types of meat (usually duck, goose, and pork sausage), along with beans, carrots, onions, and breadcrumbs and seasoned to taste. The meal is cooked to a golden brown crisp and traditionally served in a pot called a cassole; it is truly one of the best foods to eat in France. 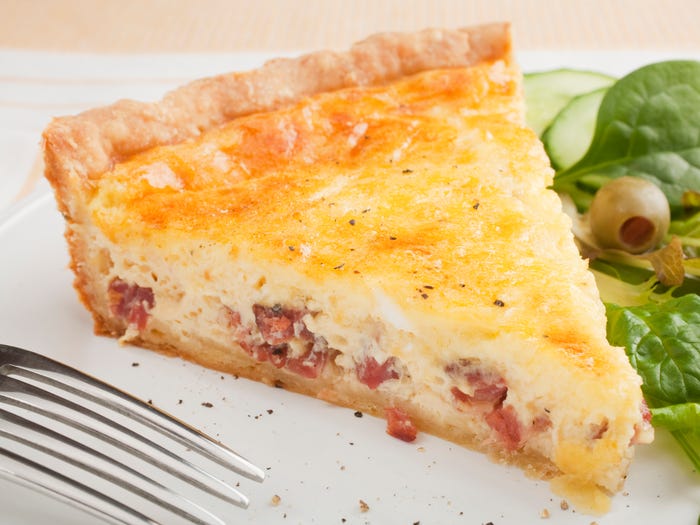 Hailing from the region of Lorraine as the name would suggest, a quiche Lorraine is one of the most popular quiche recipes. It is a pastry crust filled with eggs, milk or cream, onions, Swiss cheese, and bacon and is delicious. 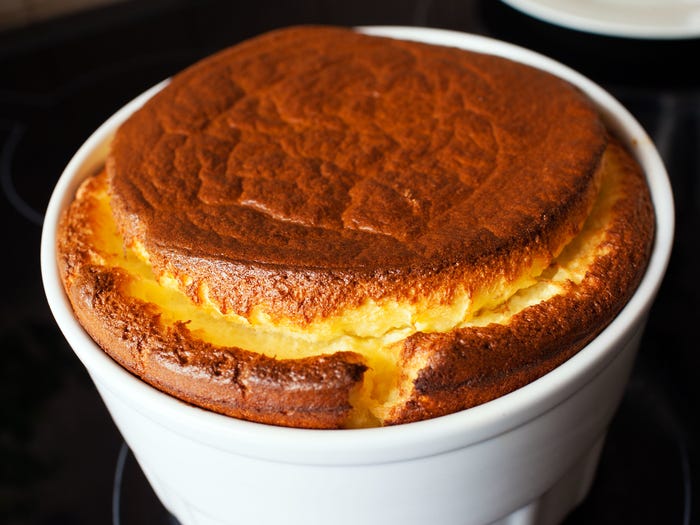 The soufflé au fromage — or cheese soufflé — is a simple but incredibly tasty French dessert. The soufflé is a pastry made of basic ingredients like egg whites, butter, flour, and sugar combined with cheese (most commonly Emmental or Gruyère,) and baked to fluffy, cheesy perfection. It is definitely one of the best foods to eat in France. 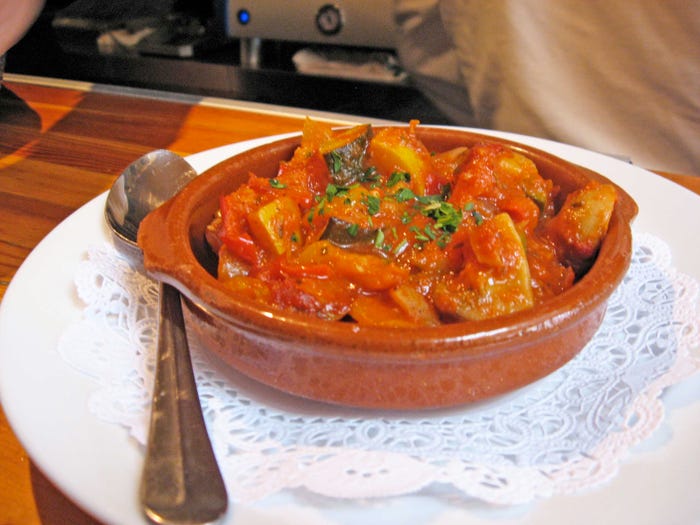 Though a lot of people may be familiar with the beloved Disney film, the dish after which the film is named is also worth getting to know. It is a healthy Mediterranean stew; ratatouille is prepared with chopped vegetables like tomatoes, mushrooms, onions, zucchini, and eggplant, cooked with olive oil, and topped with melted cheese. It most definitely deserves a place on the list of best foods to eat in France.

Some Fun Things You Can Do At Zuma Rock Resort

One thought on “Best Foods to Eat in France”